Dave began his early career in the insurance industry before moving into Central Government in the early 1990s. Whilst working for the Lord Chancellor he accepted his first management role as Head of HR with a Government Agency in London, alongside completing his CIPD studies.

He then took on various senior HR roles in the public sector before moving to work for Hogg Robinson, overseeing staff transfers from the public and private sectors into a new third party administration service in Fleetwood, Lancashire.

After a spell as Head of HR in HMP Haverigg, Cumbria in 2003, Dave then took on various other interim management roles, leading various contracts and projects in a number of organisations.  Longer term interim roles and projects included a major restructure within the Crown Prosecution Service nationally; centralising a national Public Sector recruitment service into one centre in Liverpool; Head of HR with the Roslin Insititute (Edinburgh) and HRD with children’s charity Children 1st in Edinburgh. Alongside these roles, he started providing HR advice, support and training independently to a number of private employers nationally.

In 2010 he ventured into the Education sector, leading the Employee Relations function for the University of Edinburgh, responsible for University-wide Union consultation and negotiation as well as employment policy development.  He then moved into a one year Interim Head of HR role at Edinburgh College in 2013, during a time of major change and employee relations challenges, where 3 Colleges (with their 1500 staff) had very recently merged to form the larger Edinburgh College.

Prior to launching My People People Ltd in late 2014, Dave acted for a short time as Associate Director for Employee Relations and Performance at Manchester Metropolitan University, overseeing the management of tribunal claims, policy development, complex casework and union relationships. 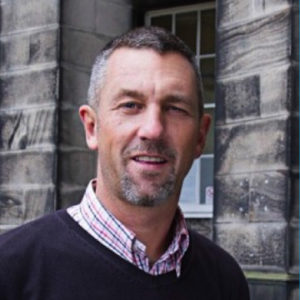